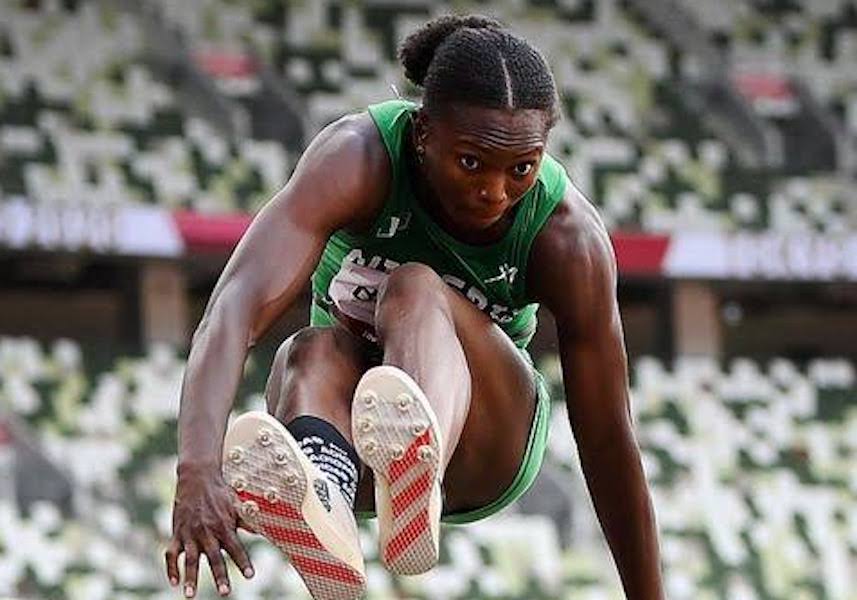 Dickson Oghenebrume and Sally Abaka, Ese Brume’s parents, have dedicated the athlete’s Tokyo 2020 Olympic long jump bronze medal to Amaju Pinnick, President of the Nigeria Football Federation, and the incumbent and immediate past Governors of Delta State.
Speaking after the long jumper clinched the bronze medal in the long jump finals, Brume’s father revealed that he and his wife called Pinnick to thank him for the role he played in the athlete’s career.
Ese’s parents expressed delight, saying they are so proud to see their hardworking daughter bring Olympic glory to the nation.
According to them, the medal is dedicated to Amaju Pinnick, who as Commissioner for Sports in Delta State discovered and nurtured her.

German sportswear manufacturing company Puma has announced the termination of their kits contract with the Athletics Federation of Nigeria. The German company announced the termination of the four-year deal in a letter dated August 4, which was signed by PUMA’s Director Manuel Edlheimb. The AFN under Gusau had entered the $2.76m deal with Puma on July 24, 2019, in Doha, but the controversial contract is one of the major causes […]