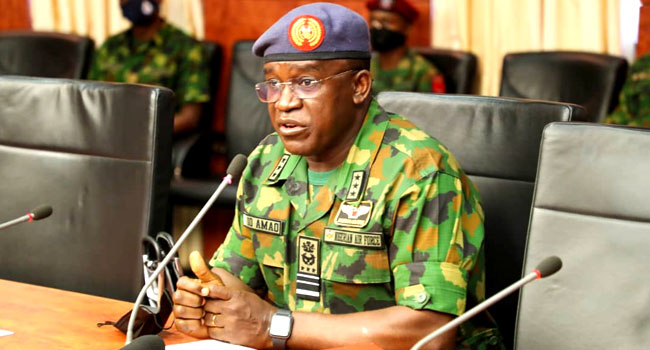 Speaking during an operational visit to the Nigerian Airforce Base in Kaduna State, he warned the criminals to prepare for the worst.

He stated that the military would go after bandits and kidnappers in line with President Muhammadu Buhari’s directive to bring back sanity and allow farmers to go to their farms without fear.

Amao, who gave an assurance that the military was ready to deal decisively with bandits, terrorists, and other criminals disturbing the peace in the country, also promised that the welfare of personnel of the Nigerian Air Force would be accorded a top priority in order to boost their morale in the line of duty.
CAN/HIJAB
The Christian Association of Nigeria has called on the Federal Government and the Inspector General of Police, Adamu Mohammed to intervene in the ongoing violence over the hijab policy which according to the association has led to violence and bloodletting in Kwara State.

CAN in a statement issued by its General Secretary, Joseph Bade Daramola, said Governor Abdulrahman Abdulrazaq, should be held responsible if the matter degenerates.

According to the Association, the governor’s pronouncement on the issue of hijab-wearing is in violation of the court directive on the matter that the status quo should be maintained until the matter is resolved by the court.

The statement said there are public schools and schools that belong to some Islamic organisations where those who wanted to be wearing hijab can be attending without causing the ongoing needless crises rocking the state.”

The Christian association called on Governor Abdulrazaq to give peace a chance in the state by ordering hoodlums attacking mission schools and churches in the state to stop before the situation degenerates into an unprecedented religious crisis. 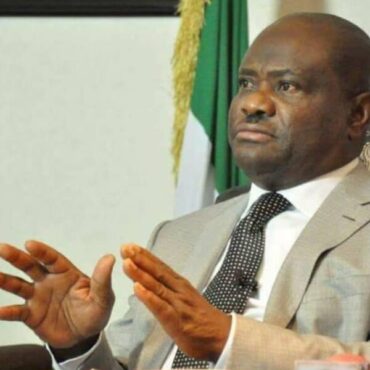 I will not rejoice over the approval of $1.5 billion for the rehabilitation of the Port Harcourt refinery. Governor Nyesom Wike

Governor Nyesom Wike has said he will not rejoice over the approval of $1.5 billion for the rehabilitation of the Port Harcourt refinery. On Wednesday, the Federal Executive Council approved the plan by the Ministry of Petroleum Resources to rehabilitate the Port Harcourt Refinery with $1.5bn. The Rivers State governor said it is not the first time the Federal Government is making promises, many of which he says are yet […] 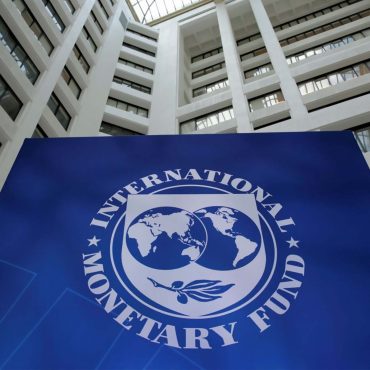 The International Monetary Fund has said the growing adoption of cryptocurrencies pose risks to the global economy.

The Federal Government has imposed a travel ban on no fewer than 2,000 Nigerians and foreigners, restricting their movement in and out of the country.   This was disclosed the National Incident Manager of the Presidential Steering Committee, Mukhtar Muhammad, at a briefing in Abuja.   A statement from the […]