The Organisation of the Petroleum Exporting Countries and its allies appear set to increase their combined oil production by about two million barrels per day from August to December to meet recovering global oil demand. 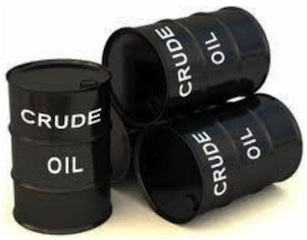 The Organisation of the Petroleum Exporting Countries and its allies appear set to increase their combined oil production by about two million barrels per day from August to December to meet recovering global oil demand.

Ministers from OPEC and their allies, a group known as OPEC+, began online meetings on Thursday.

The alliance’s joint committee, which includes Saudi Arabia and Russia, recommended the group should add 400,000 bpd each month from August to December, Bloomberg quoted a delegate as saying on Thursday.

It said the panel also suggested the expiry of the supply-cuts agreement be extended to December 2022.

Army to embark on free medical outreach programme as COAS plans low- key Army Day Celebration   The Nigerian Army has stated its readiness to embark on medical outreach programme beginning from Monday July 5th, 2021 during which inhabitants of some selected communities around the country will benefit from free medical services.   The Chief of Army Staff, Major General Farouk Yahaya disclosed this while briefing Defence Correspondents at the […]