Vincent Sinclair, son of iconic Hollywood actor, Vin Diesel, is set to follow in his father’s footsteps with a role in “Fast and Furious 9.

Vincent Sinclair, son of iconic Hollywood actor, Vin Diesel, is set to follow in his father’s footsteps with a role in “Fast and Furious 9.”

The 10-year-old plays a younger version of his father’s character Dominic Toretto in the new film, which will be released on June 2, after multiple delays.

This comes as it was revealed that Fast and Furious 9’s theatrical release has been delayed again because of the Covid-19 crisis.

The film was originally set to be released in May last year but had been pushed back by eleven months to April 2, 2021, before being delayed again to May 28, and the release date has once again been altered.

The 53-year-old Vin took to Instagram on Thursday to confirm F9 will now be coming out on June 25, by sharing a short clip of a car speeding away from an explosion with the new date written over it.

Diesel has traded in his life as an outlaw for parenthood in the new teaser for Fast & Furious 9 that was released during the Super Bowl earlier this year. 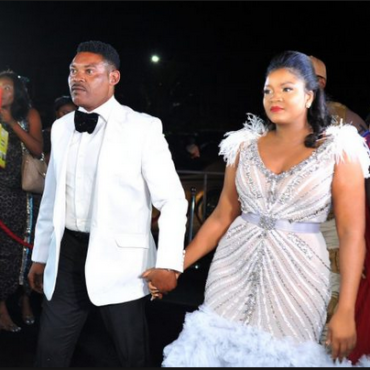 Nigerian movie star Omotola Jalade-Ekeinde and her hubby Mathew Ekeinde are celebrating their 25th wedding anniversary. The beautiful actress and mother of four took to her Instagram page today, where she posted a cute photo of herself and her pilot husband. It would be recalled that Omotola and Mattew got married in 1996 but decided to have their dream wedding in 2001 with several friends and family onboard a “Dash […]